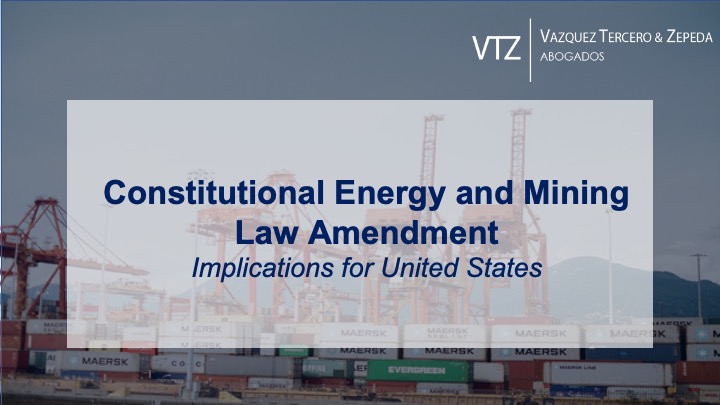 In our newsletter, USTR’s strategy against forced labor imports, and the Mexican government seeks to reduce the trade deficit, and more! 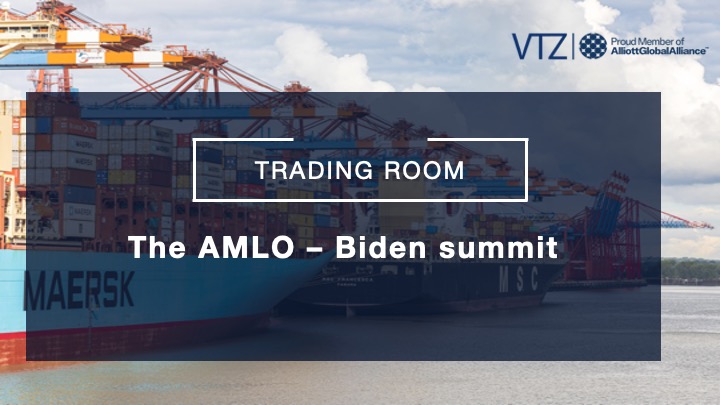 The AMLO- Biden Summit On November 18, 2021, the leaders of the United States, Mexico, and Canada met at the IX North American Leaders’ Summit. This summit was held after having been canceled for about 4 years, a period under the tenure of former U.S. President Donald Trump.  The meeting addressed issues such as migration, climate […] 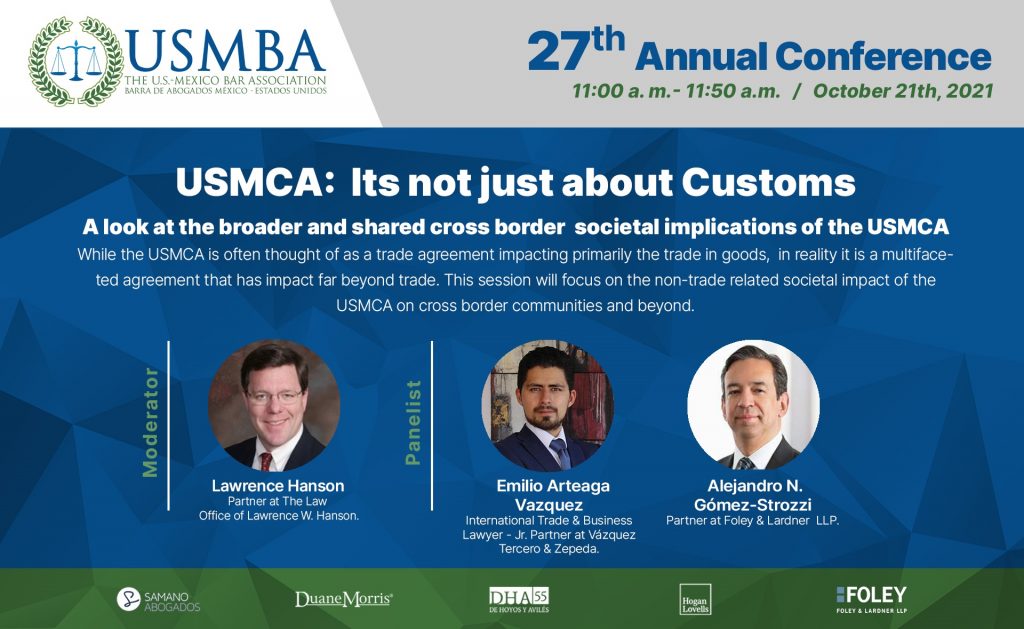 Our Jr. Partner, Emilio Arteaga, will participate in the panel USMCA: Its not Just about Customs in the USMBA annual conference.