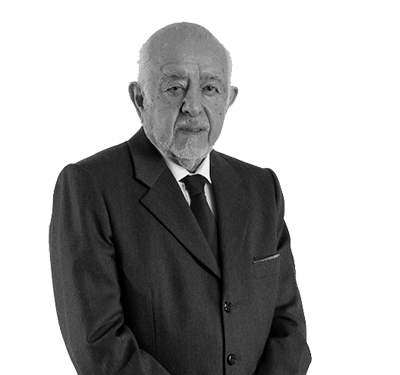 Héctor Vázquez Tercero is the founding partner of the firm and Of counsel. Héctor has an ample experience as a public servant, being recognized as one of the precursors to Mexico’ s foreign trade.

Hector Vazquez has experience in the areas of international trade and industrial regulations for over 50 years. He was an economic advisor to the Ministry of Finance in 1981 and later Director General of Foreign Trade Services from 1982 to 1986 in the Ministry of Economy, he even participated as a negotiator Mexico's accession to the GATT and introduced various programs that promoted foreign trade, such as PITEX (now IMMEX), ALTEX and others that still remain in force. From 1986 to 1988 Mr. Vazquez led the Practice Trade and Safeguard Unit. The first Mexican antidumping investigations were carried out under his direction.

Bachelor in Economics with honors, UNAM (1962)