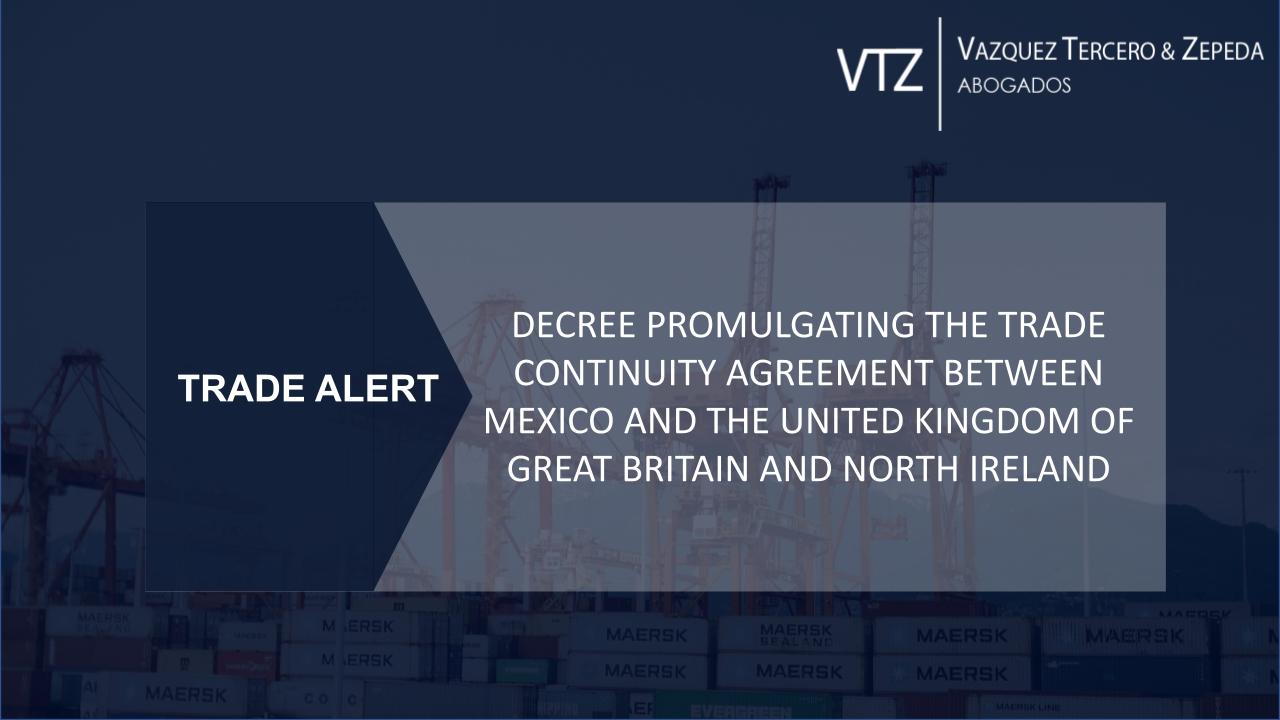 The Trade Continuity Agreement Between Mexico and the United Kingdom

Entry into Force of the Trade Continuity Agreement in Mexico

As mentioned in our Legal Alert of April 30, the Trade Continuity Agreement had to be published in the Official Gazette of the Federation (DOF) to become legally binding in Mexico.

Finally, both countries commit to making every effort to conclude the negotiations of the free trade agreement within a period of three years from the entry into force of this Agreement, that is, before June 1, 2024.