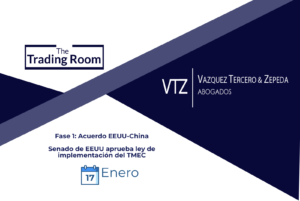 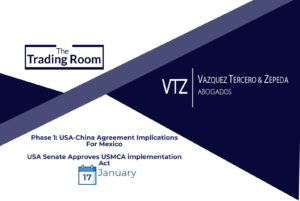 Download our Newsletter in PDF: Trading Room -17012020 Phase 1: USA-China Agreement Implications For Mexico This Wednesday, January 15, China and the US signed the Phase One of the Trade Agreement after more than 18 months of tariff conflict. This Agreement specifies some structural changes in China’s economy and trade in issues such as intellectual property, technology […] 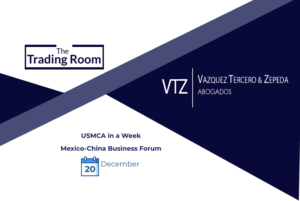