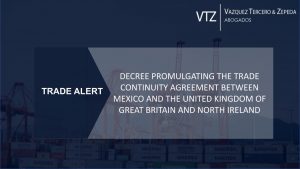 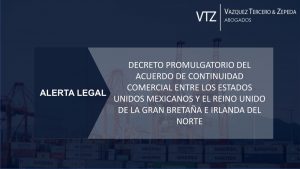 Again in Reuters: International trade in goods and services in Mexico

Vazquez Tercero & Zepeda (VTZ) have contributed for the second time with Thomas Reuters Practical Law in the guide regarding International Trade in Goods and Services in Mexico.

Our Managing Partner, Adrián Vázquez, as well as our associates, Mariana Malvaez and Emilio Arteaga, responded to a Q&A guide that covers key matters relating to the regulation of international trade in Mexico, such as