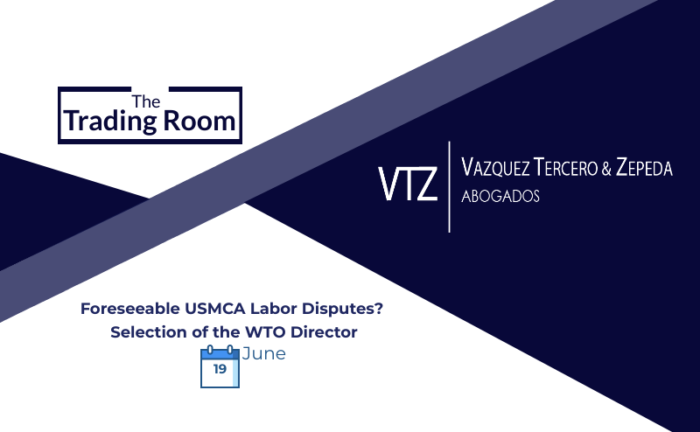 In our Trading Room economic newsletter, we address Robert Lighthizer’s appearance before the U.S. Senate to share the 2020 Trade Policy Agenda, where he commented on possible USMCA Labor Disputes and the use of the rapid response labor mechanism as well as WTO actions; we also address the selection process for the WTO Director-General.

Future Labor Disputes in the US Trade Policy Agenda in 2020

On Thursday, June 17, the US Trade Representative, Robert Lighthizer, appeared before the Senate to share the Trade Policy Agenda 2020. We highlight the following two points of his participation:

Lighthizer noted that as of July 1, the U.S. will meet with the corresponding committees to discuss the possible use of TMEC’s ​​enforcement mechanisms in environmental and labor matters.

Mexican news outlets have reported that the possible first labor disputes could relate to child labor and forced labor issues, particularly in the agricultural sector; however, the freedom of association (i.e. unions) and collective bargaining should not be excluded.

The US-Mexico Bar Association (USMBA) earlier this month organized the webinar “Labor & Trade: Is Mexico Ready for USMCA’s Labor Chapter?”, where our Jr. Partner Emilio Arteaga participated. The panelists discussed the rapid response labor mechanism as well as the current labor environment in Mexico, the video of the webinar is available in the USMBA’s website: 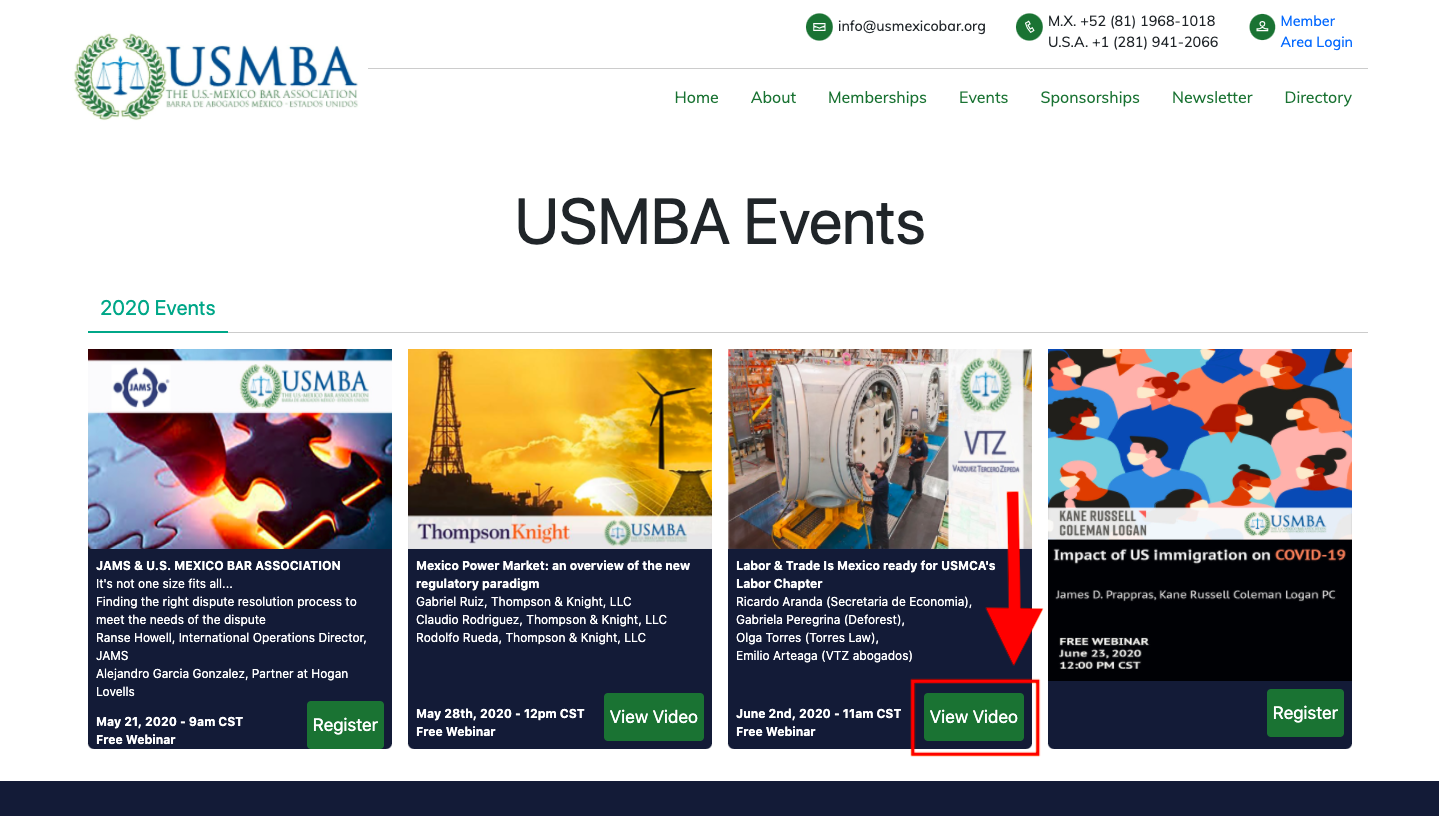 In addition, VTZ will organize a series of Labor & Trade webinar (in Spanish) on the specific challenges for the Mexican manufacturing industry. If you are interested in attending, please click the following link: 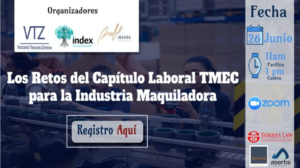 Regarding environmental disputes, it is reported that it could be about agricultural biotech products because Mexico has not granted the necessary permits to import said goods since 2018.

U.S. Bound Tariffs in the WTO

In this sense, Mr. Lighthizer pointed out that the U.S.’ bound tariffs no longer reflect the economic and political conditions of WTO members, some who continue to maintain very high tariffs compared to the U.S.

In short, the U.S. may seek to increase its bound tariffs in the WTO. If such event occurs, such change would impact products originating from WTO members that do not have a Free Trade Agreement with the U.S., such as China However, all WTO members must agree with any change regarding in the Schedule of Concessions (i.e. the bound tariffs) of another WTO Member. In other words, the process is not unilateral and requires negotiations.

It should be noted that since last year, President Trump has questioned the developing status of certain WTO members (e.g. China) and the benefits that it entails.

On June 8, 2020, the Mexican government formally submitted Jesús Seade, USMCA chief negotiator and current Under Minister for North America, as a candidate for the Director-General of the World Trade Organization.

Seade’s candidacy sparked diverse opinions among renowned Mexican professionals in the international trade arena that were reported on a news outlet. For example, an opinion is that the Director-General must have a certain status, that is being an ex-minister or former head of state, and he must have sufficient leadership to overcome the paralysis situation in the WTO.

It is expected that the selection process will last 3 months, so the WTO may have a new Director-General by the 1st of September. So far, three other candidates appear along with the Seade: the Nigerian Ngozi Okonjo-Iweala, the Egyptian Abdel-Hamid Mamdouh, and the Moldovan Mr. Tudor Ulianovschi.

In the end, how much will the Mexican reactions affect Seade’s aspirations to Director-General?