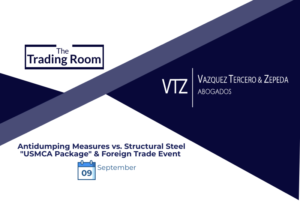 On Wednesday the US Department of Commerce (“DOC”) issued a statement that informed its preliminary decision regarding the anti-dumping investigations against structural steel from Mexico, China, and Canada.

The DOC preliminary found dumping margins of up to 30.58% and 141.38% for Mexican and Chinese structural steel, respectively, meanwhile Canadian products the margin was negative. This means that Mexican exports to the US were sold at lower prices than that of their domestic sales. As a result, DOC ordered the US Customs Authority (“CBP”) to collect an anti-dumping duty equivalent to the dumping margin of the product under investigation, which may be deposited in cash.

The DOC’s final determination is scheduled on January 24, 2020, and if it continues to find dumping margins, the International Trade Commission (“ITC”) will proceed to determine if the US industry suffered from an injury by March 9, 2020.

In sum, only if ITC determines injury and DOC continues to find dumping margins, can anti-dumping duties be established against Mexican structural steel.

Last Friday during the Senate Parliamentary Meeting of the MORENA political party, the Minister of Economy, Graciela Márquez, commented that they are analyzing a “legislative package” that require modifications to be compatible with TMEC, as well as other treaties such as the Comprehensive and Progressive Transpacific Association (CPTPP) and the Free Trade Agreement between the European Union and Mexico (FTAEUM).

In this regard, it is planned to implement a new Industrial Property Law and reform the Federal Criminal Code and the Plant Varieties Law. As a part of the USMCA Package, will also be included amends to the General Import and Export Tax Law for the implementation of the Sixth Amendment of the Harmonized System agreed in the World Organization of Customs (WCO) and the Hague Agreement on industrial designs.

Representatives of large transnational companies, SME and national and foreign governments were present. The most important issues related to international trade in Mexico were discussed, such as Opportunities and Challenges presented by the TMEC, Geographic Diversification, within the framework of the international treaties signed by Mexico, the Challenges of the Mexico-United States Border Crossing, the development project that Mexico is going through, which the President of Mexico, AMLO, has called 4th Transformation, among other issues.

In our next newsletter, VTZ will report the conclusions, statements, and other relevant data on this Twenty-Sixth Mexican Foreign Trade Congress. 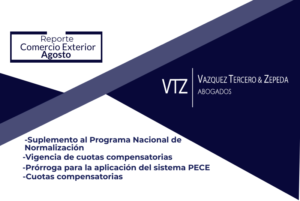