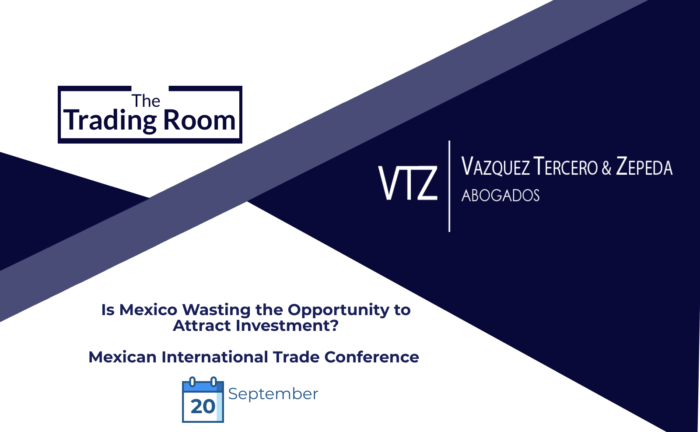 Is Mexico Wasting the Opportunity to Attract Investment?

Last Tuesday, a column was published in Bloomberg about why the author, Shannon K O’Neil, believes that Mexican President, AMLO, is wasting the opportunity to attract investment when manufacturing companies located in Asia (namely China) are seeking to relocate their plants as a result from the trade war between US and China.

The author notes the following issues: that USMCA’s ratification is still pending, energy policies do not ensure reliable and affordable electricity (in the eastern coast), a low budget for infrastructure projects as well as unnecessary projects for the manufacturing sector (tourist train in the Yucatan peninsula and a Tabasco refinery), social unrest such as strikes in the northern part of the country and protests that disrupt supply chains, violence, elimination of Promexico (agency in charge of attracting investments into Mexico), among other issues.

We agree with the author that there are several issues that the Mexican Government should re-evaluate. However, we are also of the opinion that it is still too soon to tell that Mexico is wasting this moment to attract investment, since investment-making decisions take time and there is a growing interest from Asian firms, particularly Chinese, in shifting part of their production plants to Mexico.

Regarding this issue, China’s imports into the US continue to be higher than Mexico’s imports in 2018 (i.e. $ 74.7 billion from China vs 55.2 billion dollars from Mexico), although Mexico has a trade surplus with the US; the reduction of legal protection in USMCA for US investments and investors in Mexico; the risk of conflicts in matters of fair competition between SOEs (such as CFE and PEMEX) and private companies (USMCA’s chapter 22), as well as Mexico’s compliance with respect to USMCA’s labor and environmental chapters. In response to some questions, the panel mentioned the need for companies to have a Plan B in their supply chains due to the commercial uncertainty caused by how the current US administration is applying its “national security” provisions.

Our Jr. Partner, Emilio Arteaga, attended the congress and presents a summary of the forum’s highlights:

In the panel USMCA’s Opportunities and Challenges, it was highlighted, among other things, that there was a need to modernize NAFTA to address new realities, such as electronic commerce and linking SMEs in regional chains; that USMCA’s essence is not “free trade” but a “managed trade”, which follows, for instance, from the side letters on the application of future 232 measures against cars and/or auto parts by establishing “quotas”; that the Mexico-US trade flow has increased recently in the wake of the US-China trade war.

The conference also had the participation of the Undersecretary of International Trade, Luz María de la Mora, who presented on the government’s strategy, in particular, the three pillars: inclusion, diversification, and innovation. In her presentation, she referred to recent INEGI statistics that report that in the first seven months of 2019 there was a trade surplus of 2,028 million dollars and there was an annual increase of exports by 7% in July.

Also, the Undersecretary pointed out that Mexico is the 12th largest exporter in the world, but that one of its greatest challenges is to increase the national content.

Regarding the diversification strategy, the Undersecretary referred to the fact that existing FTAs ​​are being “strengthened”, new markets are being opened through CPTPP, high-level dialogues with China and India are being held, and there is a possibility that Mexico may have new trading partners in the future, e.g. Ecuador and South Korea, through the Pacific Alliance; she also referred to a policy of “diversification” within the country, in the sense that southern states should be more involved in international trade activity due to their low participation in national exports, unlike center and northern states and, thus, the Isthmus “interoceanic corridor” seeks to address this issue. As for China, the Undersecretary highlighted that the Asian giant is like the “elephant in the room”, since China is in North America without an FTA; however, the Undersecretary considered that “China is essential for Mexico” because it allows the country to be competitive with its imports, and that it is the government’s interest to bring more investment from China.

Another outstanding participation was that of Dr. Margarita Ríos-Farjat, head of the SAT (the Mexican IRS), who presented on the tax actions and policies. Regarding foreign trade and customs, she explained that there has been a thorough review of VAT and IEPS (“special tax”) certified companies, actions against undervaluation and smuggling, of goods as well as the intervention Manzanillo’s customs. In response to two questions from our Jr. Partner, the head of the SAT stated that the elimination of the General Administration of International Trade Audit was not due to an austerity policy rather an institutional reorientation to improve results, and she confirmed that there will be no new Customs Laws.