One step away from the ratification of USMCA, Trump announced tariffs to Mexican products & More… – The Trading Room

One step away from USMCA

This week the process of ratifying USMCA began in the three countries.

In the US, the US Trade Representative, Robert Lighthizer, submitted yesterday to the House of Representatives a draft of Statement of Administrative Action (SSA), which contains the laws that would have to be amended in order to implement the agreement. The submission of this draft will allow Trump President to send within 30 days the USMCA.

On Wednesday Canada initiated the process to ratify the treaty, submitting to the Parliament the laws that would implement the treaty.

Yesterday, USMCA’s text was submitted to the Mexican Senate for its ratification during an extraordinary period.

The day that President of Mexico AMLO announced that USMCA will be submitted to the Senate for its ratification, US president Trump also announced via Twitter that he will establish a 5% tariff on all Mexican goods as of 10th of June.

This increase in tariffs is due to the immigration “disaster” on the border with Mexico. These are the 8 most important points of the statement of the US President:

This event occurs after a week in which the Mexican Secretary of Foreign Affairs visited Washington D.C. to talk with Jared Kushner, an adviser to President Trump on a Development Program for Mexico and Central America, prepared by CEPAL, which requires 10 billion dollars a year. Also, President AMLO announced this month that he had the intention to terminate the Mérida Initiative, a binational policy on security cooperation, and shift the US-Mexico cooperation on “development” policy.

Jesus Seade, Underminister of North American Affairs of the Ministry of Foreign Affairs and USMCA negotiator, commented that “[if tariffs are imposed], in my opinion we should respond decisively, but before that, we should initiate discrete contact to know what we are talking about and make sure that it does not really happen.” Also, Jesus Seade commented that many of Trump’s tweets do not translate into actions, however, precautions will be taken.

During the night, President AMLO published a two paged letter to President Trump that calls for dialogue but also contains a strong and, to some extent, responsive position against Trump’s threats. We highlight the following from AMLO’s letter:

In VTZ we believe that Trump’s announcement will completely paralyze the ratification process of USMCA in the Senate, and his threats should be taken seriously, particularly due to the current trade war between US-China. Furthermore, if tariffs are imposed on Mexican products, the Mexican countermeasures may reach stratospheric figures as noted by Kenneth Smith, the former chief Mexican Negotiator.  Will Mexico face a trade war? This announcement only creates uncertainty, and if tariffs are applied it will affect the region.

Reduction of Economy Staff in the delegations

Yesterday, it was reported in several news outlets, the dismissals of officials of the Ministry of Economy in the north of Mexico. It was reported that the Ministry decided to reduce its staff, which may have as a consequence that international trade related authorizations may be delayed and companies may be affected.

In this scenario, we consider that companies involved in international trade operations should now be more careful in submitting the relevant information to ensure their authorizations. Of course, in this new scenario, specialized firms will also play a very important role. 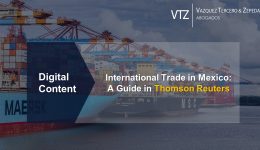