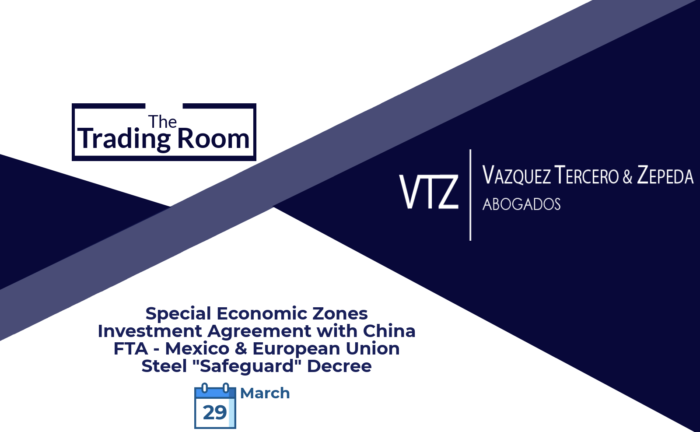 The End of the Mexican Special Economic Zones?

News outlets report that the Mexican Special Economic Zones policy is under analysis and its continuity will be determined in the next two months.

In 2015, the “SEZs” project  was born with its law initiative that was announced by former president Peña Nieto, and the original plan was the development of “3” SEZs (Lázaro Cárdenas-La Unión, Puerto Chiapas, and Salina Cruz-Coatzacoalcos), but new SEZs were later added to the program (i.e.  Progreso (Yucatán), Champotón (Campeche) and Dos Bocas (Tabasco)), and it is noteworthy to mention that this program was developed with the assistance of the World Bank. In essence, companies that invest in the SEZ would benefit from tax incentives and exemptions (for more information check our reports). It appears that the current administration, however, is skeptical because having so many SEZs may not foster development, something that the World Bank agrees on; plus there is not sufficient revenue and/or budget.

Instead of SEZs and in line with AMLO’s presidential campaign promises, the current administration appears to focus on the idea on promoting the development of  the “Itsmo” Corridor (the narrowest part of Mexico between the Pacific and the Gulf of Mexico), which would compete with the Panama canal; tax incentives, infrastructure projects as well as “rescuing” the train lines have been mentioned for this policy. The problem is that each SEZ was designed to become business “clusters” and that there are already letters of intent regarding possible investments in several SEZs.

Investment Agreement between Mexico and China

This Monday the Underminister of international trade, Luz María de la Mora attended a meeting of the American Chamber of Commerce. In her speech, she stated that Mexico is seeking to establish a win-win partnership with China in order to attract investment that can participate in value chains. It is worth noting that Mexico and China already have a Bilateral Investment Treaty that protects investors and their investments.

The Underminister also mentioned that regulatory areas will also be addressed with China in order to reduce unnecessary trade barriers, such as sanitary certifications on agricultural products.
Also, last week the Underminister of North America, Jesus Seade, also stated that the Federal Government has the interest to close ties with China because Chinese investment will represent 75% of the total outbound foreign investments in the next 10 years.

Signature of Mexico and European Union FTA update in May?

Under-minister of International Trade, Luz María de la Mora, announced in the AMCHAM meeting (see above) that the signature of the update of the FTA between Mexico and the European Union may be done in next May. According to a news outlet, the legal scrubbing is very advanced, and the work the revision of the texts may be concluded by April.

As announced in our website and social media, this Monday the Decree that modifies the Most Favored Nation (MFN) tariff for 186 steel products tariff lines was published in the Official Gazette. In essence, the Decree established a 15% ad valorem MFN tariff, which would enter into force as of Tuesday 26 of March and would be applicable for the next 180 days, i.e. until 22 of September.

Also, the Decree includes tariff items regarding an international trade program (PROSEC), which will allow the registered PROSEC companies to avoid paying these “temporal” tariffs when importing the goods under such program.

This decree is the result of the demands of the domestic steel industry. Needless to say, and as noted in our previous editions, the textile and footwear industry has also requested a raise in tariffs, but this Decree and/or measures are yet to be published.