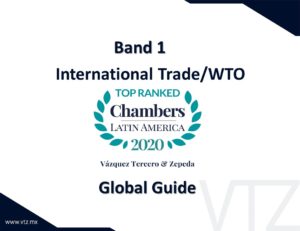 Today, the 13th of February, Chambers & Partners Global Guide 2020 was released and Vázquez Tercero & Zepeda appeared in Band 1 in the International Trade / WTO Law practice in Mexico. Over the past eight years, our firm has appeared in this important legal guide, consolidating itself as one of the leading law firms in international trade matters in Mexico.

The Chambers & Partners Global Guide 2020 defines our firm and team as:

“the team is known for Pace-setting player in international trade matters, routinely singled out for its anti-dumping and countervailing duties expertise. Regularly receives mandates from acclaimed clients in the metal, chemical and consumer products sectors, with particular strength in representing clients from Asian markets. NAFTA verifications of origin, customs compliance advice and representation before the Mexican tax authorities are additional areas of expertise.”

An interviewed source described Adrián Vázquez as “an expert in international law and is bright and experienced in this field.” Another source adds that “He’s always sharp and has been in the field for a long time with a steady practice.“.

As for Eduardo Zepeda, Chambers & Partners described him as a lawyer with a “solid knowledge of Mexico’s maquiladora industry, he often advises clients on the interactions between tax and customs laws in Mexico.” 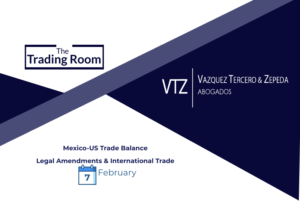 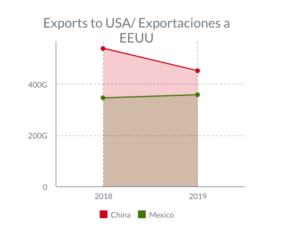 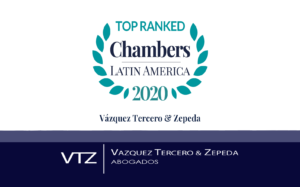 Band 1 in International Trade/WTO in Mexico

Vázquez Tercero & Zepeda (VTZ) is ranked in Band 1 of Chambers and Partners’ Latin American 2020 Guide, sharing the spot with two other firms. For the past seven years, VTZ has established itself as a leading law firm within this ranking. 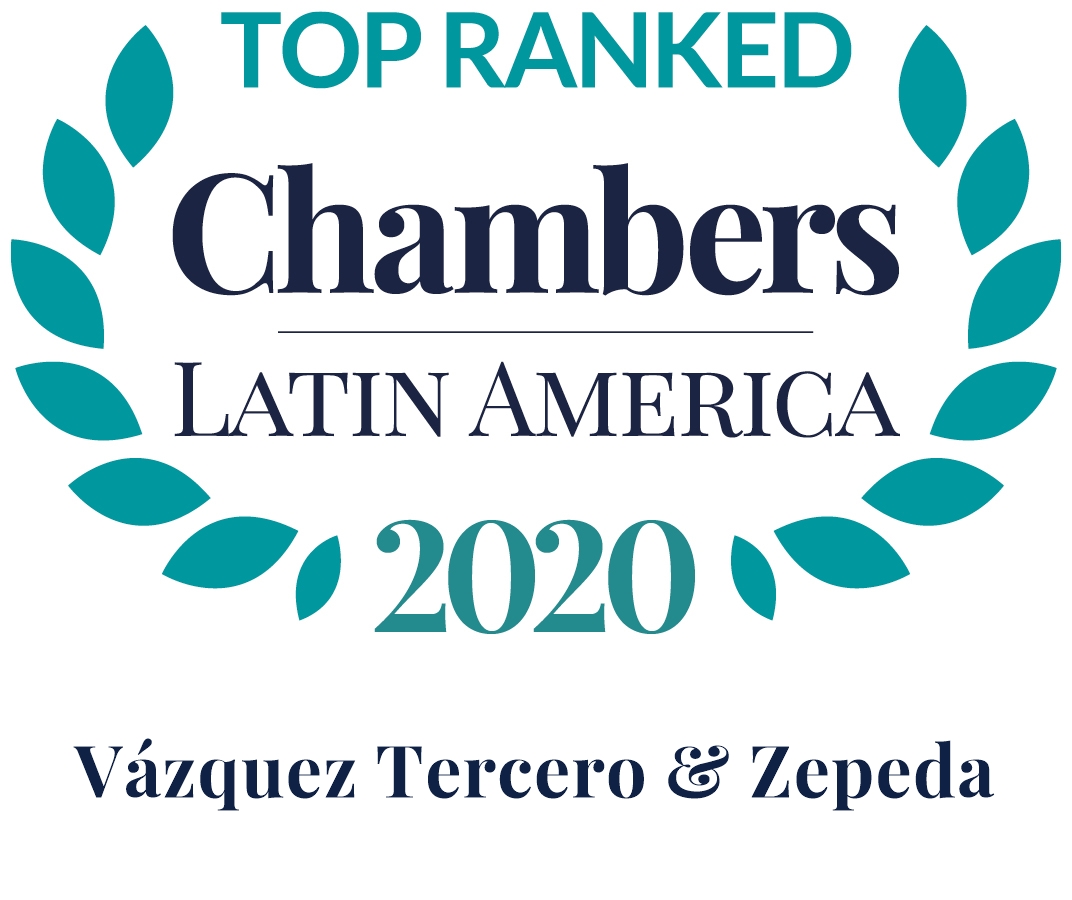 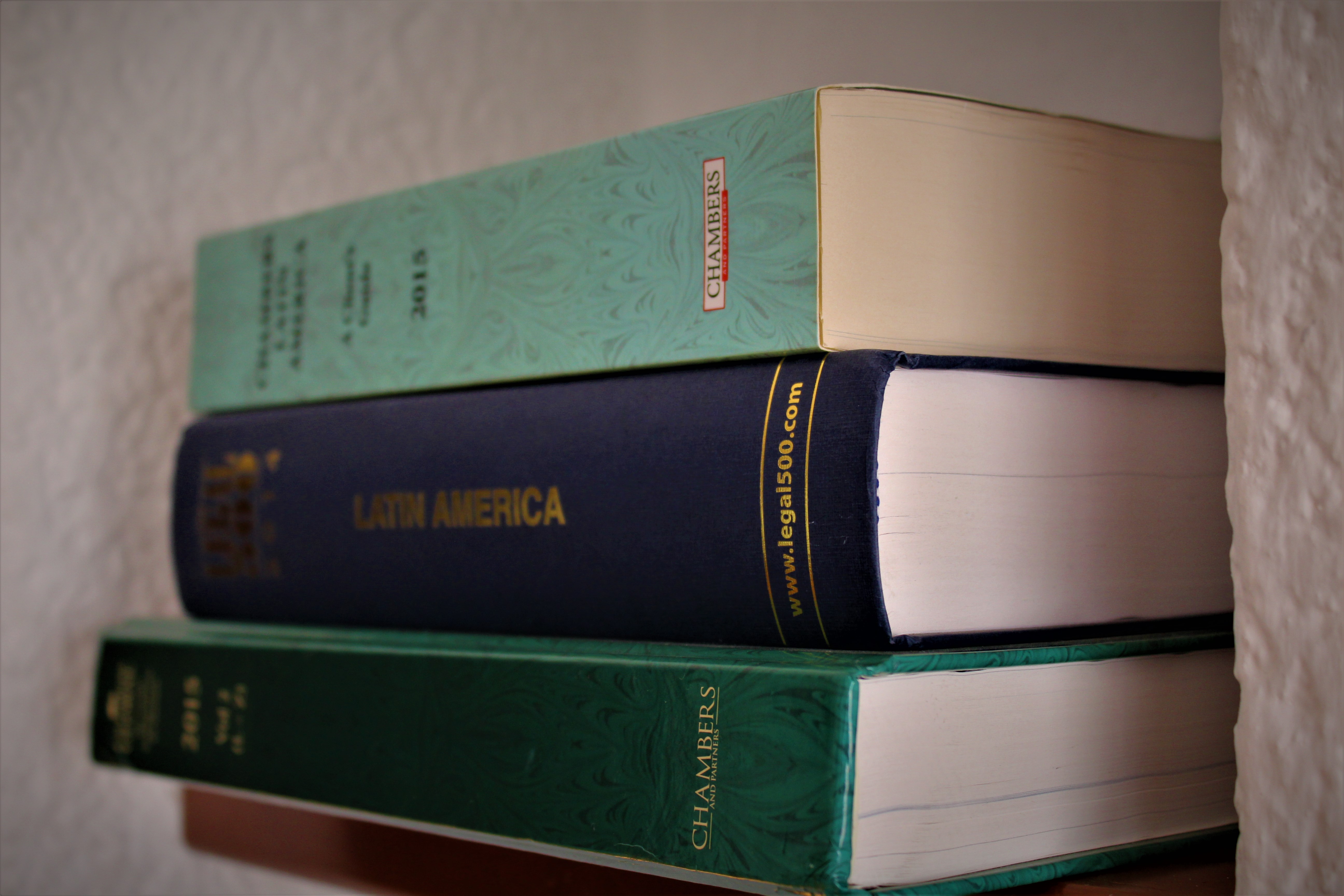 This guide notes VTZ as a “pace-setting player in international trade matters”, from antidumping investigations, verification visits, to maquiladora (IMMEX) industry. Chambers also highlights that VTZ “routinely receives mandates from acclaimed clients…”, and that sources consider VTZ as the most experienced firm in trade remedies and that the firm is “really practical and [VTZ’s] advice was very reasonable and actionable” 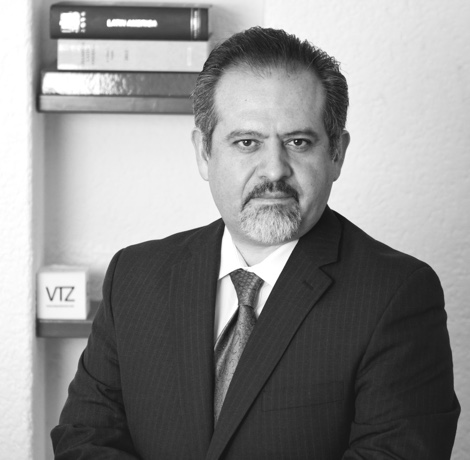 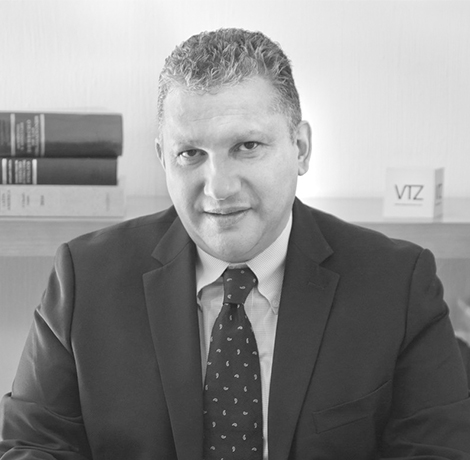 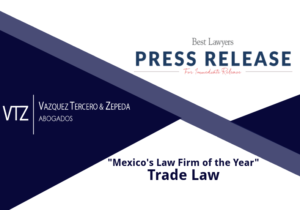 On December 5, 2018, Best Lawyers, an influential lawyer ranking service in the world, announced the “Firm Award in Mexico”, in conjunction with the 10th Edition of The Best Lawyers in Mexico, in which our Managing Partner, Adrián Vázquez, and our Partner Eduardo Zepeda are recognized as the Best Mexican Lawyers in Trade Law practice. This publication awarded 12 law firms in 14 different practice areas, such as competition, intellectual property, among others.

We are proud to inform that our firm, VTZ, is recognized as the Mexican “Law Firm of the Year” in Trade Law. In VTZ, we are humbled and thank our clients that have stored their trust in us and our services. VTZ congratulates all of its team members because the results, recognition, and awards are not be possible without their hard work and professionalism.

This award encourages us to continue striving to provide top-notch legal services in international trade law matters with the sole purpose of supporting our client’s businesses. 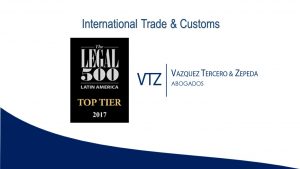 Legal 500 has issued its 2017 report, and VTZ was recognized as a top-tier Mexican Law Firm in the practice International Trade & Customs.

VTZ in Reuters: International trade in goods and services in Mexico 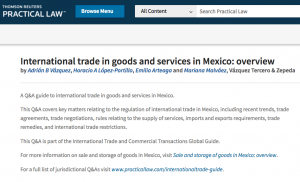 Our Managing Partner, Adrián Vázquez, as well as our associates, Mariana Malvaez and Emilio Arteaga, have contributed to Thomson Reuters‘ International Trade and Commercial Transactions Global Guide, in which they responded to a Q&A guide concerning the International Trade in Goods and Services in Mexico.